Frequency – Based Light & Sound Neurotherapy (LSN) Research: A Review of the Research 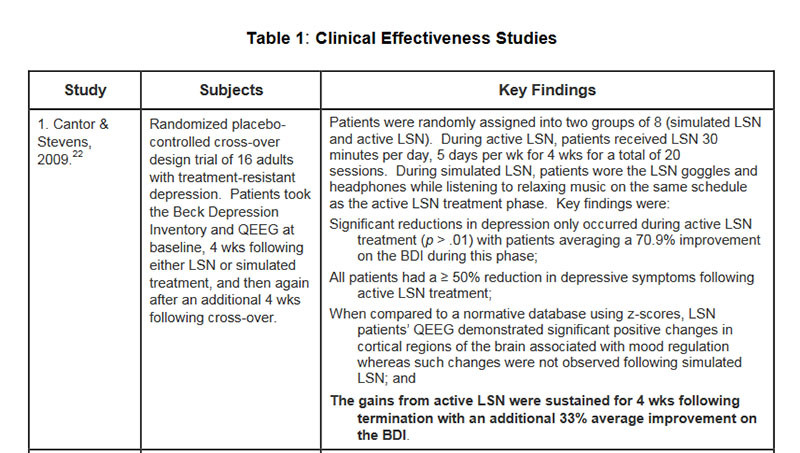 Throughout time, people have learned to enjoy our brains’ natural tendency to synchronize with pleasant rhythmic stimulation. Whether it is the beating of drums around campfires in aboriginal cultures, disco dancing to throbbing music and synchronized strobe lights in the 1970’s and 80’s, or being entranced by a fire’s flickering flames while listening to jazz today, this rhythmic stimulation has the power to shape our thoughts, moods, and behaviors.

The earliest known clinical use of light stimulation was by Pierre Janet, a French psychiatrist in the early 1900’s. Dr. Janet worked in a Parisian mental hospital and began exploring the effects of having patients stare at a light that flashed at a constant rate controlled by a fan spinning in front of a lamp. Dr. Janet found that this flickering light therapy had a profound soothing effect on them.

By using an early electroencephalographic (EEG) machine, in 1934 Adrian and Matthews were the first to document that this flickering light therapy changed subjects’ brainwave activity. Toman, followed by Walter and Walter, built on this discovery and found that the hertz (Hz) frequency that the light flashed at caused the same brainwave frequency to grow stronger…