[NOTE: Nothing written here is a claim of medical or therapeutic benefits to using PandoraStar or other entrainment technology; rather it is based on the first-hand experience of many owners of such technology, and on research papers that suggest it can be used beneficially that way. Any use for other than entertainment and exploration purposes and we strongly recommend you do so with medical supervision and/or advice. Especially where prescribed medication may negatively affect your response to light stimulation] 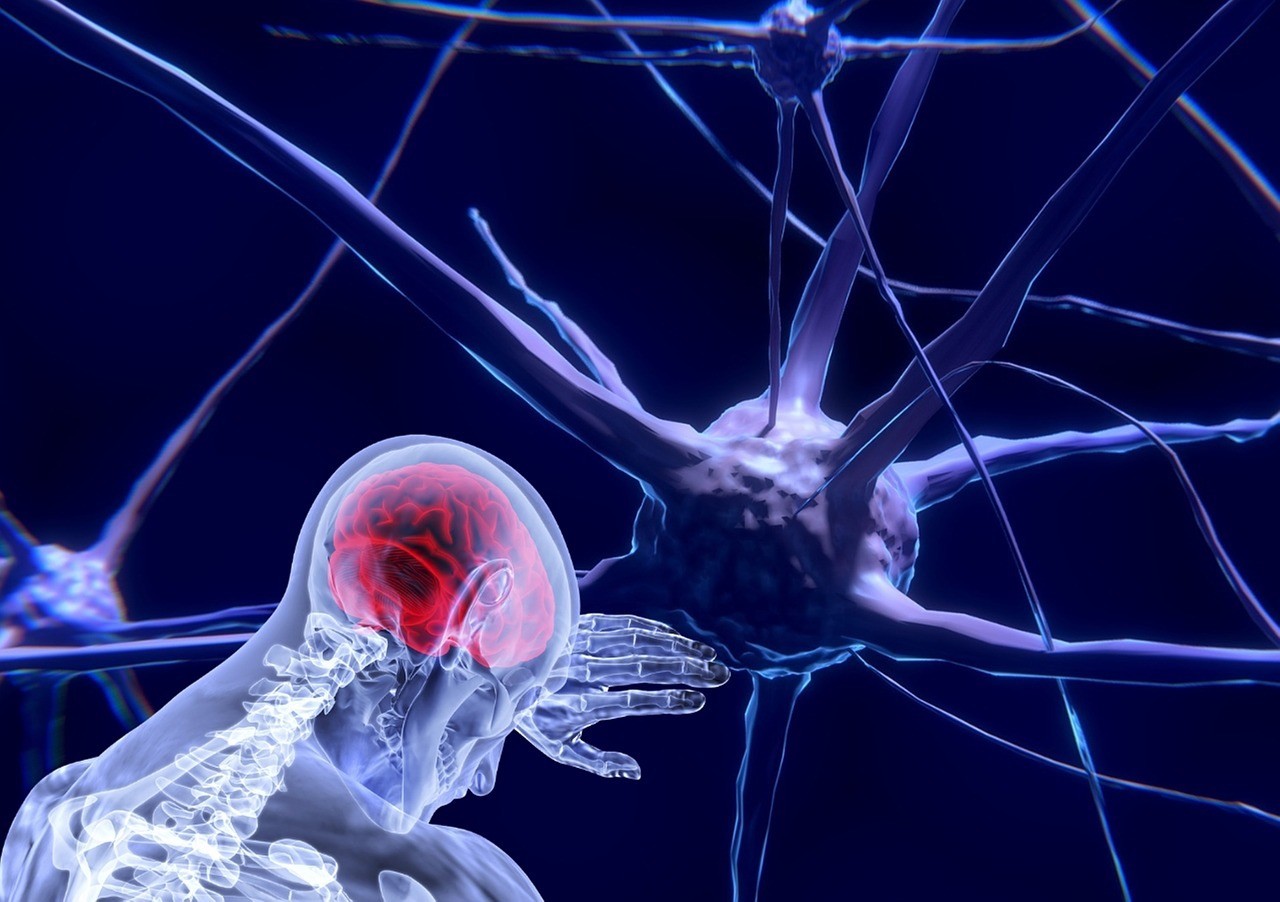 The purpose of this article is not to give you medical advice or applications of BWE (BrainWave Entrainment) for specific health issues.
Rather, the purpose here is to enlighten you on some of the known beneficial effects of BWE and why they would be useful for you to explore.

It would be easy to talk here about the things that users of PandoraStar and other BWE devices have experienced that are sometimes miraculous as far as health benefits both physically and mentally.
For example the man who after knee surgery had almost no relief from his pain from the medications he was prescribed, but almost complete pain relief by using specific programs and protocol with his own PandoraStar light machine.
It must be noted here that he did so of his own choice and did not purchase the machine for this purpose.
Or the woman who reduced her anxiety levels so much that her friends started asking what she was doing differently.
Deep consistent meditation experiences and the resulting reduction of stress are commonly the result reported by using PandoraStar or other BWE devices. Or even simply being able to get a better nights sleep!
And those are all highly valuable results.
There are some testimonials available to read on the website on some of these results if you want to get a sense of what is possible. Again these are not making claims but rather sharing experience.

Consciousness exploration, trance states and spiritual practises are talked about a lot with brainwave entrainment.., but medical uses are not.
Honestly, the main reason for this is that any claims made for medical benefit from a non approved medical device are both legally risky and potentially harmful if for example someone was to rely on such technology and not follow a doctors advice.

One of the things brainwave entrainment seeks to create is balance. Balance of the ranges of frequencies experienced, and also balance between left and right hemispheres.
There are countless examples in measurable science based EEG and fMRI studies that show imbalance in the brain resulting in difficulty with certain states of mind. And it should be no surprise that things like physical pain are actually a mind state more than a physical one. So training the mind can and does affect more than just the mind.

As an example of brainwave imbalance, people with ADHD often when measured with EEG tests, show a lack of Alpha and Beta waves which are present when being relaxed but outwardly focused and active. And yes there are studies showing positive results of brainwave entrainment with these ‘missing’ brainwaves on their ability to focus and communicate.
There is of course more going on than just different brain activity in these people, but positive results from BWE and other similar practices like biofeedback are there.
Many claims could be made.., and many have been.
The point is that like many alternative methods, medical approval and recognition is sadly lacking.
Many countries once also considered Hypnotherapy as too alternative to give medical support. Thankfully now in some countries it is being recognised as an effective treatment either on it’s own or in compliment with other treatments for health issues.
We have a growing community of hypnotherapists using PandoraStar as a tool to help them put clients into a beneficial trance state to do their work with.

So if it’s not appropriate to make direct claims of a medical nature, then what can we point out as benefits of brainwave entrainment that may indirectly help with health issues?

These may seem more indirect and non specific but that is the point. It’s well known for example that meditation is hugely beneficial for people both physically and mentally but rarely is it stated as the ‘cure’ for any health condition or challenge.
Medical conditions often bring with them stress and feelings of anxiety or depression, or both. And this will affect both body and mind. I think we can safely say that the question of whether body and mind are linked can be put to rest. Of course they are.
There is no doubt scientifically or medically that stress can and does cause illness or interfere with healing.
And stress can also reduce the metabolism of nutrition and effectiveness of medication.

One common cause of this stress is that one hemisphere (side) of the brain can shut down or significantly reduce it’s activity compared to the other. This is known as hemispheric de-synchronization.
The opposite, brainwave synchronization.., is one goal of certain therapy practices including brainwave entrainment. Kind of like both sides being in harmony instead of fighting each other. This is oversimplified to make a point but the point is valid.
Improved inter-hemispheric communication is one of the benefits of brainwave entrainment leading to more emotional balance, enhanced creativity and more choice.
And from the standpoint of Neuroplasticity.., any brain state practised with intention and especially one with uniqueness (for example a frequency not common) has the potential to create new neural pathways and mental states resulting in new ways of being.

There is no permanence in the nervous system…

It’s worth noting that it’s not just when we do a specific session of intentional brainwave entrainment that our body and mind is entraining to outside sources of stimulation.
Everywhere we go our body is trying to find homeostasis or balance.
Balance is fundamental to life!
In particular the brain/body is looking for patterns.
It’s how learning happens.
If something happens once then it’s not really significant and any short term experience will soon be forgotten unless the experience contains a high amount of emotion.
But if something happens multiple times, then the brain see’s this as a significant thing to prepare for in the future and begins to build neural patterns and pathways.
Add emotion to the mix and the pathways become stronger and more significant.
Make the emotion strong enough and a one time event can leave an almost permanent mark on our habits or reactions to the world around us.

There are patterns all around us. Some good and some not so good.
What about that mobile phone you put to your head?
Guess what one form of brainwave entrainment is? Electromagnetic stimulation (EMF waves).
So ignoring any other potential effects of phone use.., what if that phone to one ear causes one hemisphere to try to entrain to the phones frequency? Could that result in eventual shutdown though overstimulation?
Some researchers suspect it can and does.
There are many examples of how life programs us to certain states of mind either directly or indirectly.

Brainwave Entrainment is one way to take some control back…

Purposeful balancing and entraining of your brain is not just about practising certain brain states then, but rather it is also an antidote to all the distracting frequencies and stressors around us.
Sometimes it is just hard to switch off.., and having help with that in the form of a device that can quickly and reliably get you into states of mind usually only reserved for long time meditators, is valuable to say the least.

Repetition is important for health benefits…

You wouldn’t go to the gym once and expect amazing results.
The same is true for mental training. How often should you practise brainwave entrainment?
Research on effects on the body show for example that a 72 hour fast (abstinence from food) can have a type of reset effect on the immune system.
Studies of head trauma victims show that there is a direct link between the immune system and the nervous system. With a damaged or under-functioning nervous system, the body also suffers with a lack of immune response and vice versa.
This of course should not surprise us.

If science is now finding that the immune system can be reset and strengthened in 72 hours.., could 72 hours be an approximate measure of nervous system reset also?
How often do you see recommendations to do something 3 times a week for ongoing and compounding results whether it be physical or mental?
I suggest that there is enough evidence to back up the idea that learning and progress is slower and less generative if done at intervals of more than 3 days (72 hours).
IE: If the nervous system has a a type of reset after 72 hours, then doing something less often than that could be like starting again every time.
There are of course exceptions to this if the stressor (form of resistance) is extreme like in the case of heavy weight training on the body or constant stress on the mind. In these cases what is needed is more recovery time and not less.

There are correlations between certain frequency bands of brain wave activity and certain mental and physical activities.
Like Theta waves (4-8 Hz) that are commonly associated with trance and meditation.., or Beta waves (12-30+ Hz) that are commonly associated with both physical and mental activity where alertness and an outward focus are needed.
And there are certain brain frequencies even, that have correlations to potential breakthroughs in medicine.
For example higher Gamma waves in the region of 40 cycles per second are getting a lot of scientific interest for their potential use in treating and/or preventing mental decline such as with what happens with Alzheimer’s and Dementia.

Then there are chemical correlations too.
Although one brainwave cannot be linked exclusively to one neurotransmitter (electrochemical cause of nervous system communication).., there are potentially stronger than average correlations between some brainwaves and neuro-chemicals…

What next? How do I use this information?

Safe exploration is the key here. And done with responsibility, BWE can have effects on the body and mind that are beyond the fun side of consciousness exploration and altered states.
With the support of healthcare professionals, taking a bigger interest in your health and exploring other ways to enhance it makes sense.
And the decision to explore alternatives (with a doctors approval) to traditional drugs and therapy, or to add a technique or tool to your quest for health and longevity, is a decision that can often lead you places you would have never thought of..,
like right here!

We have at PandoraStar access to trained competent owners who can give you sessions for you to experience the PandoraStar effect for yourself either as a series of therapeutic sessions, or as an exploration of interest to own one yourself.

Sadly, but realistically.., if you don’t take an interest in yourself then there’s a good chance that no-one else will either.
Alternatively, when you DO make the decision to take back some control.., opportunities that once seemed out of reach become exciting possibilities.

May you be destined to live a long and healthy life.
And may you find the right way for you to make that real.