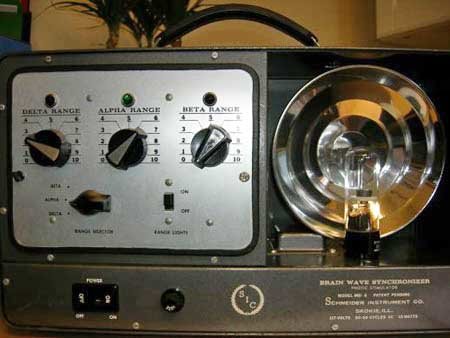 Brainwave entrainment has evolved a lot since its inception.

The very first mind machine was arguably created by the French psychologist Pierre Janet in the late 19th century. It was little more than a wheel with spokes that rotated in front of a lantern. Yet, it seemed to be immensely helpful in calming his mentally ill and otherwise hysterical patients.

One of the first commercially available mind machines came sometime later in the late 1950s. Its construction was inspired by reports from radar operators aboard submarines, who found themselves falling into deep, relaxed, trance-like states after staring at flickering radar screens for extended periods. Dr Sidney Schneider was one of the researchers to analyze these effects, and he went on to create the “Brain Wave Synchronizer”, a 15-pound metal suitcase with a giant lightbulb and knobs for frequency control…